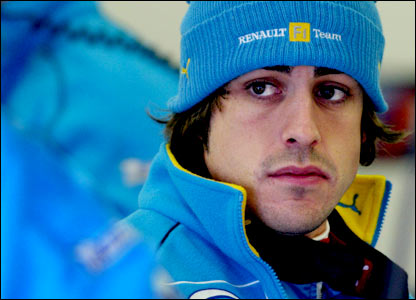 (born on July 29, 1981 in Oviedo, Asturias, Spain) is a Spanish Formula One racing driver and reigning, two-time, world champion. He currently lives in Oxford, England, and owns a house near Lake Geneva, Switzerland.

On September 25, 2005 he won the World Driver's Championship title at the age of 24 years and 58 days, thus breaking Emerson Fittipaldi's record of being the youngest F1 champion and is also the youngest double champion. He is nicknamed El Nano