Little Rann of Kutch Wildlife Sanctuary, Gujarat
Little Rann of Kutch Wildlife Sanctuary was designated for protection of the desert region of north-west Gujarat, especially the outer rim and a narrow belt of adjoining land. A variety of desert life can be seen roaming here. Some of the notable surviving herds are Indian wild ass(khur); also wolf and caracal (a large, pale cat with tufted ears).
4SpaceCube
Venture in the Deserts
Some Desert Wildlife Sites :
Desert National Park, Rajasthan
Camel safari is the best option to explore the deserts of India. The Desert National Park is an excellent example of the ecosystem of the Thar desert and its diverse fauna. Sand dunes form around 20% of the National Park. The major landscape comprises of craggy rocks and compact salt lake bottoms, intermediary areas and fixed dunes which are quite suitable for the chinkara to move at high speed. The blackbuck is another common antelope of this region. Its other notable inhabitants are the desert fox, Bengal fox, wolf and desert cat.

Birdlife in this sandy habitat is vivid and spectacular. Birds such as the sandgrouse,partridges, bee-eaters, larks and shrikes are commonly seen. Demoiselle crane and houbara arrive in the winter. The birds of prey seen here are tawny and steppe eagles, long legged and honey buzzards, falcons and kestrels. But the most outstanding of the avifauna is the great Indian bustard.
5SpaceCube
The Desert Faunas
The desert cat, desert fox, the winter-visiting houbara bustard and several sandgrouse species, as also a few reptiles are found only in the Thar. Blackbuck, chinkara, the Indian wolf, caracal, great Indian bustard can also be seen here.

In comparison to the sandy Thar, the Little and the Great Ranns, with very common vegetation species, have a wide array of faunal and floral composition. Though the Ranns are predominantly flatlands, they are scattered with elevated mounds or islands, locally called bets. Both the Ranns have unique faunal species. The Great Rann is best known for its huge breeding colony of lesser flamingoes. The Little Rann is the only home of the wild ass in the Indian peninsula, besides playing host to a fair number of houbara bustards, sandgrouse and other avifauna.
6SpaceCube
Spanning through the magnificent states of Gujarat and Rajasthan the Indian Desert is an amazing place to look for truly fantastic wild flora and fauna. Animals and plants in the desert survive in a hostile environment. Intense heat, searing sun, and lack of water are just a few of the challenges facing desert animals and plants. The desert areas of India houses some animals that never drink and plant seeds that can stay alive for years without water are typical of the miracles of this most infirm zone. In the Indian subcontinent, deserts, with an area of about 225,000 sq km covers just under 7% of the total land area.

The Two Divisions of Indian Desert
Divided into two distinct sub-divisions - Thar desert region covering 180,000 sq km in the state of Rajasthan and the Rann of Kutchh, covering some 45,000 sq km of western Gujarat are lands of grand mirage and miracles. The desert system is characterised not so much by the variety and numbers of animal species but by the adaptations displayed to challenge the hardships of desert life. The Thar exhibits a good range of nativeness in its faunal structure.
7SpaceCube 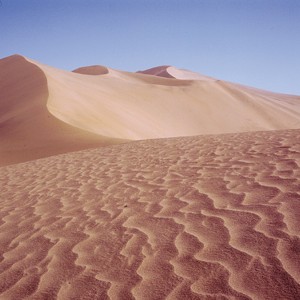