Gulliver's Travels (1726, amended 1735), officially Travels into Several Remote Nations of the World, in Four Parts, by Lemuel Gulliver, First a Surgeon, and Then a Captain of Several Ships, is a novel by Jonathan Swift that is both a satire on human nature and a parody of the "travellers' tales" literary sub-genre. It is Swift's best known and most esteemed work, and a classic of English literature.

The book became tremendously popular as soon as it was published (Alexander Pope stated that "it is universally read, from the cabinet council to the nursery"), and it is likely that it has never been out of print since then. It is claimed the inspiration for Gulliver came from the sleeping giant profile of the Cavehill in Belfast. 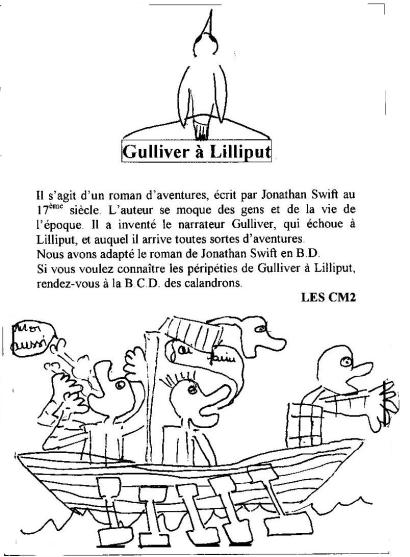