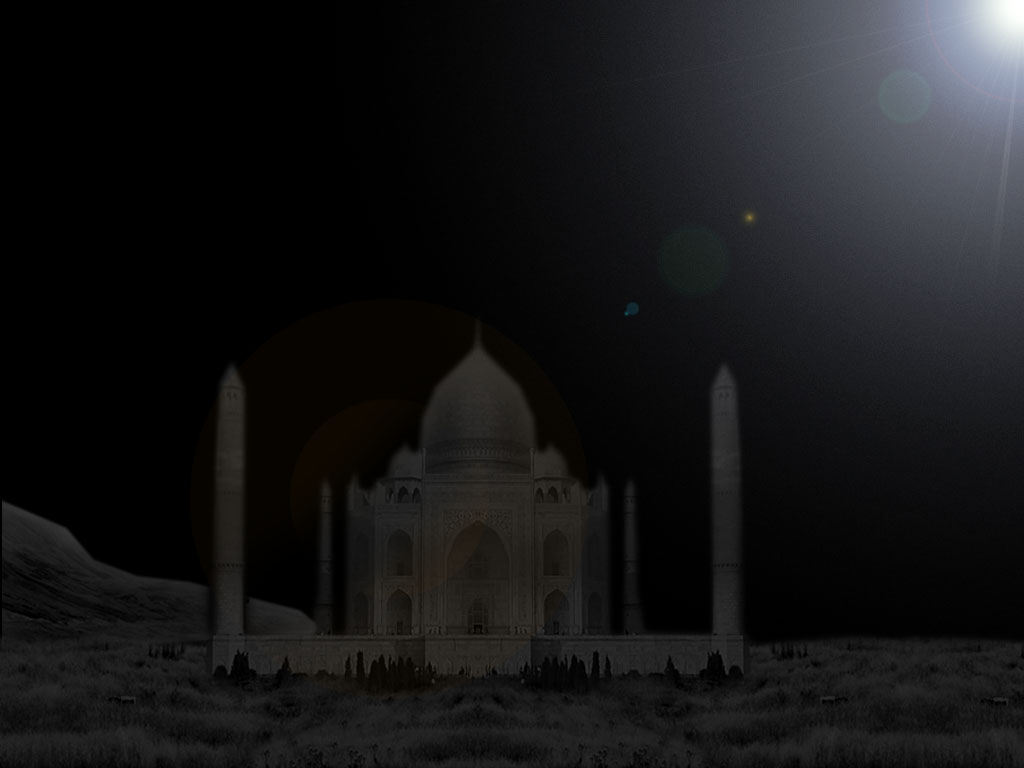 Taj Mahal is regarded as one of the eight wonders of the world, and some Western historians have noted that its architectural beauty has never been surpassed. The Taj is the most beautiful monument built by the Mughals, the Muslim rulers of India. Taj Mahal is built entirely of white marble. Its stunning architectural beauty is beyond adequate description, particularly at dawn and sunset. The Taj seems to glow in the light of the full moon. On a foggy morning, the visitors experience the Taj as if suspended when viewed from across the Jamuna river.

Taj Mahal was built by a Muslim, Emperor Shah Jahan (died 1666 C.E.) in the memory of his dear wife and queen Mumtaz Mahal at Agra, India. It is an "elegy in marble" or some say an expression of a "dream." Taj Mahal (meaning Crown Palace) is a Mausoleum that houses the grave of queen Mumtaz Mahal at the lower chamber. The grave of Shah Jahan was added to it later. The queenâ€™s real name was Arjumand Banu. In the tradition of the Mughals, important ladies of the royal family were given another name at their marriage or at some other significant event in their lives, and that new name was commonly used by the public. Shah Jahan's real name was Shahab-ud-din, and he was known as Prince Khurram before ascending to the throne in 1628.

Taj Mahal was constructed over a period of twenty-two years, employing twenty thousand workers. It was completed in 1648 C.E. at a cost of 32 Million Rupees. The construction documents show that its master architect was Ustad â€˜Isa, the renowned Islamic architect of his time.