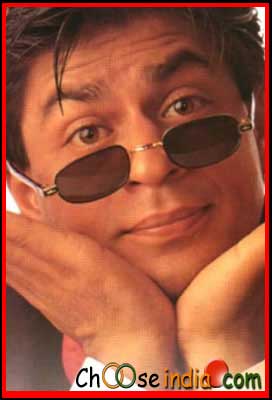 Shahrukh Khan (born November 2, 1965) (Hindi: शाहरुख़ ख़ान, Hindko: شاہ رخ خان) is a highly acclaimed Bollywood actor, producer, and recent host of the game show, Kaun Banega Crorepati. He is considered to be one of the most influential actors in Indian cinema.

Khan started out his career appearing in several television serials in the late 1980s. He made his film debut with the hit Deewana (1992), and has been part of numerous commercial successes, delivering a variety of critically acclaimed performances as well. During his career years, he has won six Filmfare Best Actor Awards, and has had significant box office success, with films like Dilwale Dulhaniya Le Jayenge (1995) and Kuch Kuch Hota Hai (1998), being some of Bollywood's biggest hits, while films like Kabhi Khushi Kabhie Gham (2001), Veer Zaara (2004) and Kabhi Alvida Na Kehna (2006) are the biggest Bollywood hits in the overseas market. Since then, Khan has established himself as one of the most prominent leading actors in Bollywood. Since 2000, he has branched out into film production and television presenting as well.