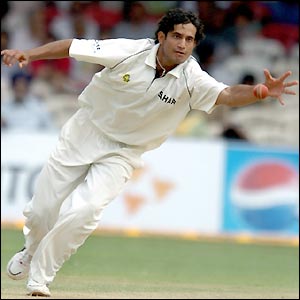 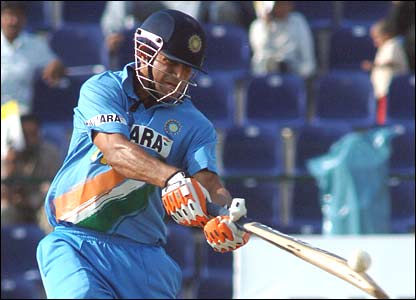 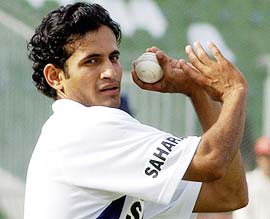 Pakistan's Wasim Akram), Pathan improved his batting skills to become a bowling allrounder, even opening the batting on occasions. This led to critics comparing him with former Indian allrounder Kapil Dev

From playing gully cricket inside the mosque premises to being at the centre of attention of the blue billion,Irfan Pathanâ€™s climb to cricket stardom is the perfect story of rags to riches, the kind you see in movies, the kind that makes you believe and dare to dream, the kind of story that inspires millions in this cricket crazy nation to go and give it their all on the field. Pathan came from a poor family and cricket provided his escape route. And now, here he is, front lining the Indian pace attack, with a Grade-A BCCI contract, with many endorsement deals and able to support his family at the tender age of 22.

Amidst all the success that has followed, Pathan still carries a soft spoken down to earth attitude about him. He is still very much a student of the game and willing to learn, to improve, because playing cricket still brings the same joy for him that it did when he had 6 hour sessions in the mosque under the burning sun.

In late 2003, he was selected for the India Under-19 team to compete in an Asian ODI

competition in Pakistan, where he was the leading bowler with 18 wickets. This was

more than twice that of the second leading wicket-taker.

His bowling average of 7.38 was also the best of the tournament and he was named

as the player of the tournament.

Within a couple of years in International cricket,he was thought of as a possible

successor for Kapil Dev in the all around department.His instinct is not merely to

what to bowl to whom and when,but also to keep learning new tricks.

2006, when he managed only 24 runs at a batting average of 6 runs and averaging

6 wickets at 29.83 while bowling in the ODI arena. After a poor display in a first-

class tour match, he was dropped from the Test team as Vikram Singh became

Indian captain Rahul Dravid remained optimistic about Pathan's prospects, stating "The number of Man-of-the-Matches that Irfan has won is a testimony to the fact that he's a proven matchwinner for us. He takes wickets early, contributes with the bat, is good in the field."