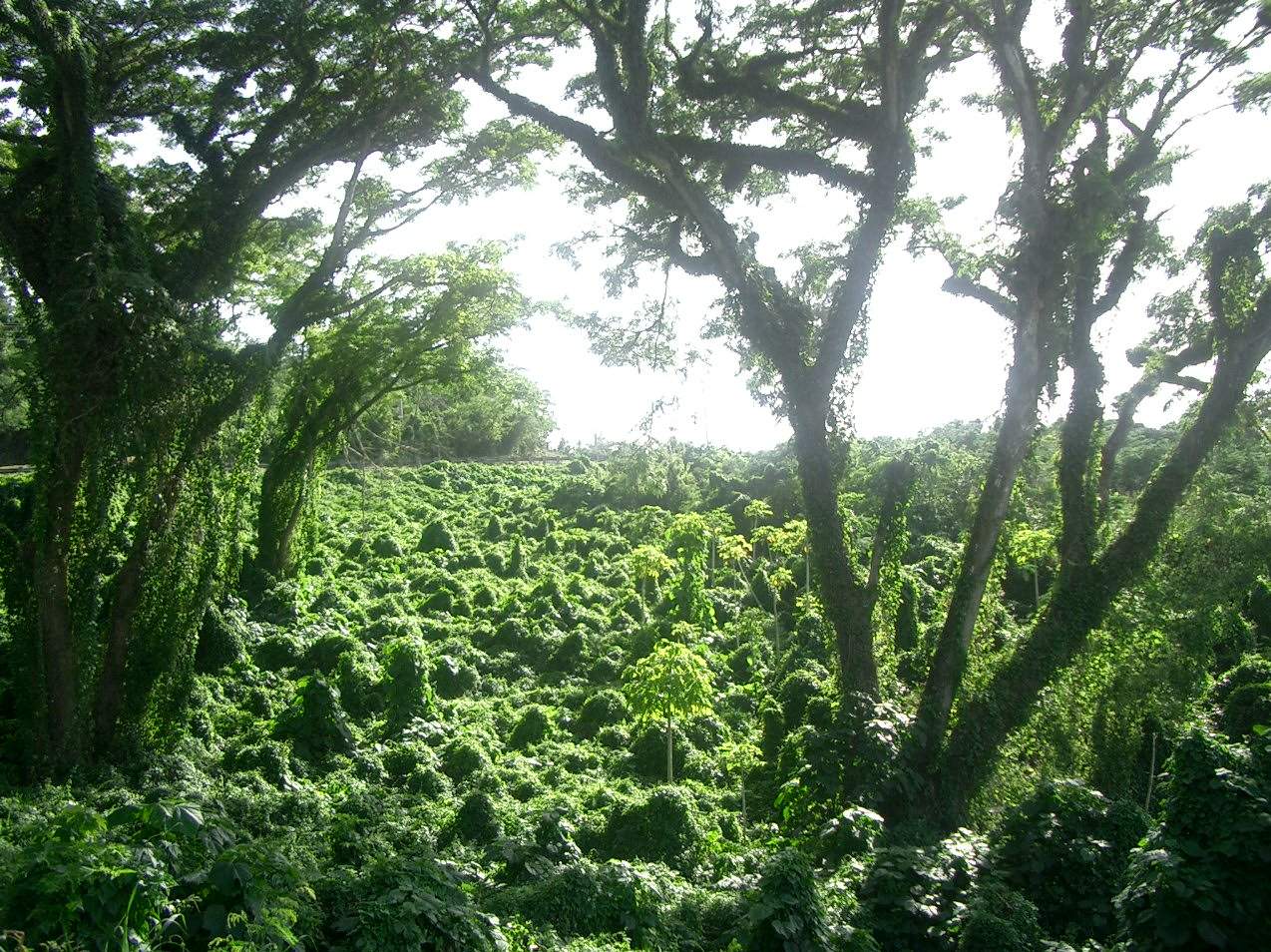 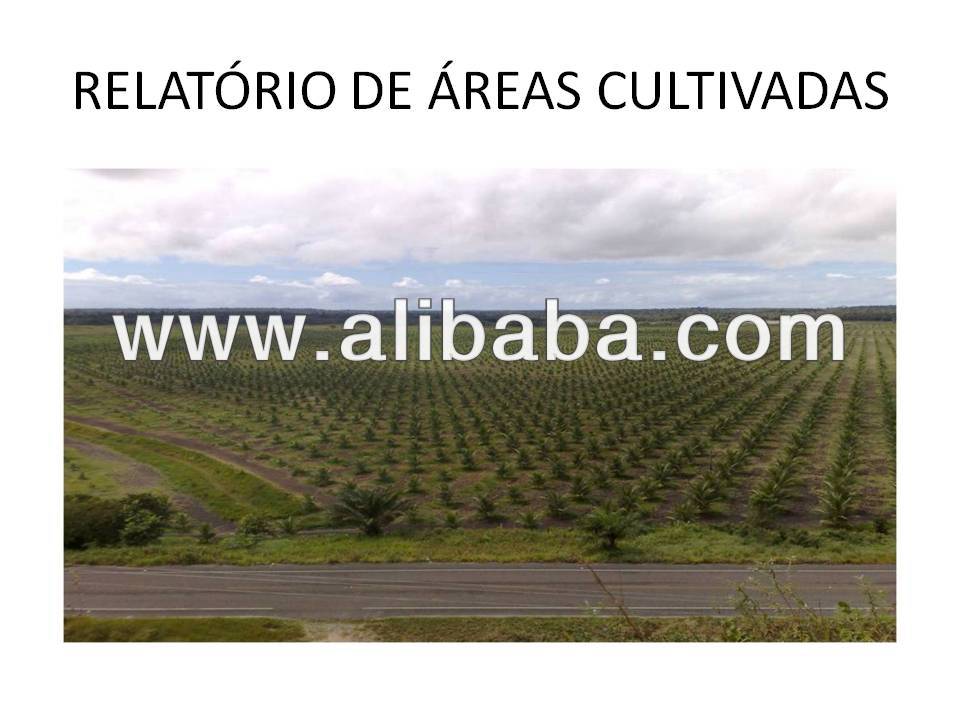 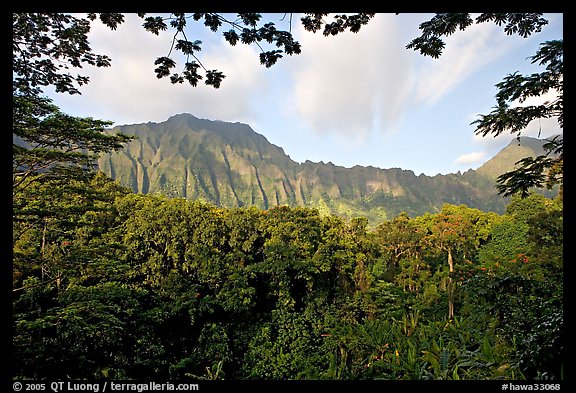 Rain forests belong to the tropical wet climate group. The temperature in a rain forest rarely gets higher than 93 Â°F (34 Â°C) or drops below 68 Â°F (20 Â°C); average humidity is between 77 and 88%; rainfall is often more than 100 inches a year. There is usually a brief season of less rain. In monsoonal areas, there is a real dry season. Almost all rain forests lie near the equator.

Rainforests now cover less than 6% of Earth's land surface. Scientists estimate that more than half of all the world's plant and animal species live in tropical rain forests. Tropical rainforests produce 40% of Earth's oxygen.

A tropical rain forest has more kinds of trees than any other area in the world. Scientists have counted about 100 to 300 species in one 2 1/2-acre (1-hectare) area in South America. Seventy percent of the plants in the rainforest are trees.

About 1/4 of all the medicines we use come from rainforest plants. Curare comes from a tropical vine, and is used as an anesthetic and to relax muscles during surgery. Quinine, from the cinchona tree, is used to treat malaria. A person with lymphocytic leukemia has a 99% chance that the disease will go into remission because of the rosy periwinkle. More than 1,400 varieties of tropical plants are thought to be potential cures for cancer.

All tropical rain forests resemble one another in some ways. Many of the trees have straight trunks that don't branch out for 100 feet or more. There is no sense in growing branches below the canopy where there is little light. The majority of the trees have smooth, thin bark because there is no need to protect the them from water loss and freezing temperatures. It also makes it difficult for epiphytes and plant parasites to get a hold on the trunks. The bark of different species is so similar that it is difficult to identify a tree by its bark. Many trees can only be identified by their flowers.

Despite these differences, each of the three largest rainforests--the American, the African, and the Asian--has a different group of animal and plant species. Each rain forest has many species of monkeys, all of which differ from the species of the other two rain forests. In addition, different areas of the same rain forest may have different species. Many kinds of trees that grow in the mountains of the Amazon rain forest do not grow in the lowlands of that same forest

22SpaceCube
23SpaceCube
25SpaceCube
A world of abundance...
Tropical rainforests have more kinds of trees than any other forests in the world. The richest in plant species are Amazon forests, but in general all tropical forests have an incredible variety of trees.

Some rainforest trees like mahoganies, teaks, rosewoods and okoumes provide valuable timber, while other rainforest products are nuts, fruits, rubber and rattans
26SpaceCube 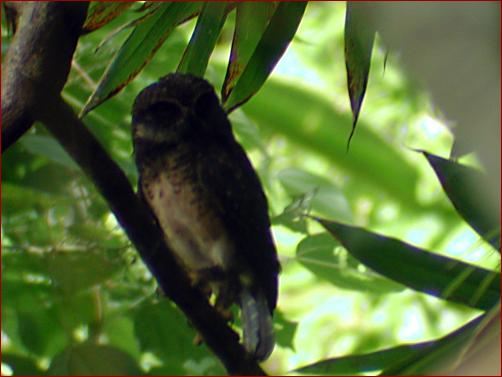 Although large areas of rainforest remain in Central Africa and South America, they, too, are disappearing at an alarming rate. Time is short if we are to save the remaining rainforests for future genrations.

WWF is committed to conserving the world's rainforests, not only for the incredible wealth of plants and animals that live in them, but for the benefit of the indigenous peoples who live in them.

WWF has been working to save rainforests for more than 35 years. Today, work continues in key areas like Peru's Manu Biosphere Reserve and the Korup National Park in Cameroon. Assisting tropical countries to save their rainforests - through creating protected areas and exploring ways of using forests wisely - is a priority for WWF.
27SpaceCube