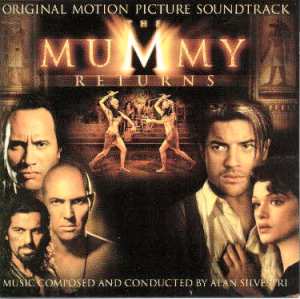 The Mummy is a 1999 film written and directed by Stephen Sommers, starring Brendan Fraser and Rachel Weisz, with Arnold Vosloo as the reanimated mummy of the title. The movie features some dialogues in ancient Egyptian language with the assistance of a professional Egyptologist.

It is a loose remake of The Mummy (1932), which starred Boris Karloff as the mummy.

The Mummy does not take place at the famed Giza pyramids where several Old Kingdom Egyptian kings (Egyptian monarchs were not yet called pharaohs) were buried. Instead most of the action takes place in the fictitious Hamunaptra â€” the "City of the Dead" that lies "deep into the desert" beyond Thebes that has buried treasure that the characters soon come to find.

In 2001 a sequel was made, entitled The Mummy Returns.

The movie was novelized by Max Allan Collins. Collins novelized the sequel as well.