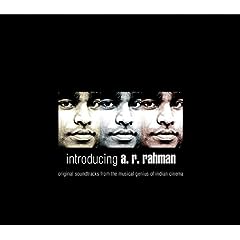 A. R. Rahman The Musical Storm

In a career spanning over a decade, Rahman has sold more than one hundred million records of his film scores and soundtracks world-wide,[1] and sold over two hundred million cassettes[2] making him one of the world's top 25 all-time top selling recording artists.

His acclaimed music compositions have led some to declare him the Mozart of Madras and Isai Puyal (Tamil: இசை புயல்; English: Musical Storm).