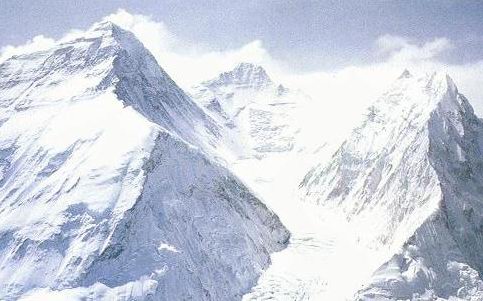 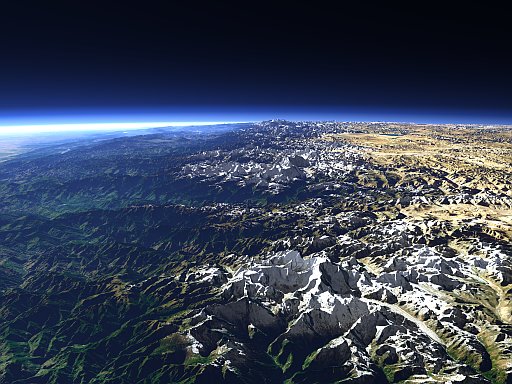 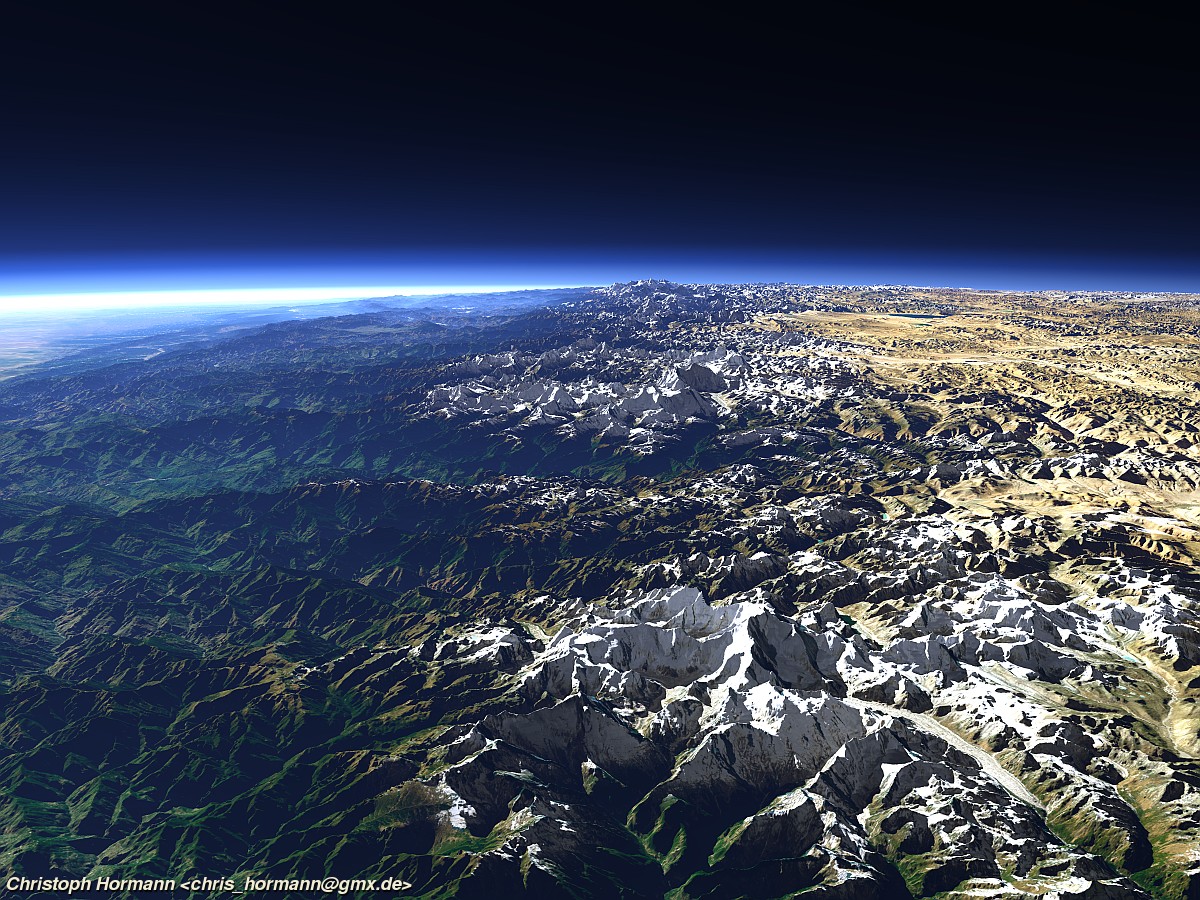 The Himalayas (also Himalaya, Sanskrit: हिमालय, IPA pronunciation: [hɪ'mɑlijə], [ˌhɪmə'leɪjə]) are a mountain range in Asia, separating the Indian subcontinent from the Tibetan Plateau. By extension, it is also the name of the massive mountain system which includes the Himalaya proper, the Karakoram, the Hindu Kush, and a host of minor ranges extending from the Pamir Knot. The name is from Sanskrit himālaya, a tatpurusa compound meaning "the abode of snow" (from hima "snow", and ālaya "abode"; see also Himavat).[1]

Together, the Himalaya mountain system is the planet's highest and home to the world's highest peaks: the Eight-thousanders, including Mount Everest. To comprehend the enormous scale of Himalayan peaks, consider that Aconcagua, in the Andes, at 6,962 m, is the highest peak outside the Himalaya, while the Himalayan system has over 100 separate mountains exceeding 7,200 meters.

The Himalayas stretch across six nations: Bhutan, China, India, Nepal, Pakistan and Afghanistan. It is the source of three of the world's major river systems, the Indus Basin, the Ganga-Brahmaputra Basin and the Yangtze Basin. An estimated 750 million people live in the watershed area of the Himalayan rivers, which also includes Bangladesh.

The himalayas, geologically young and structurally fold mountains stretch over the northern borders of India.These mountain ranges run in a west-east direction from the Indus to the Brahmaputra.The Himalayas represent the loftiest and one of the most rugged mountain barriers in the world. They form an arc, which covers a distance of about 2,400 Km.Their width varies from 400Km in Kashmir to 150Km in Arunachal Pradesh.The altitudinal variations are greater in the eastern half than those in the western half.The himalayas consists of three parallel ranges in its longitudinal extent.A number of valleys lie between these ranges.The northern-most range is known as the Great or Inner Himalayas or the 'Himadri'.