Maya is a high-end 3D computer graphics and 3D modeling software package, originally developed by Alias Systems Corporation, but now owned by Autodesk under its Media and Entertainment division. Autodesk acquired the software in October 2005 upon purchasing Alias. It is often used in the film and TV industry, as well as for computer and video games.

In 2003, Maya (then owned by Alias) won an Academy Award "for scientific and technical achievement", citing use "on nearly every feature using 3-D computer-generated images."[1]

Keyframe Animation
Nonlinear Animation
After animating a character with keyframes or motion capture, you can collect its animation data into a single, editable sequence. This animation sequence is called an animation clip.
In Maya, there are two types of clip: source clips and regular clips. Maya preserves and protects a character's original animation curves by storing them in source clips. You do not use source clips to animate your characters. Instead, you use copies or instances of source clips called regular clips to animate your characters nonlinearly. See Animation clips.
Moving, manipulating, and blending regular clips to produce a smooth series of motions for a character is the basis of nonlinear animation. The tool with which you manage all these aspects of a character's nonlinear animation is the Trax Editor.
Path Animation
A path animation controls the position and rotation of an object along a curve. A NURBS curve cannot be designated as a motion path. An object must first be attached to the curve for it to become a path curve. See To create a motion path by attaching an object to a curve. You can also generate motion paths by animating objects using motion path keys. See To create a motion path using motion path keys.
Motion Capture Animation
Skeletons
Skeletons are hierarchical, articulated structures that let you pose and animate bound models. A skeleton provides a deformable model with the same underlying structure as the human skeleton gives the human body.
Just like in the human body, the location of joints and the number of joints you add to a skeleton determine how the skeleton's bound model or `body' moves. When you bind a model to a skeleton, it is called skinning.

Skinning
â€™â€™Skinningâ€™â€™ is the process of setting up a character's model so that it can be deformed by a skeleton. For more information on skeletons, see What are skeletons?. You skin a model by binding a skeleton to the model. You can bind a model to a skeleton by a variety of skinning methods, including smooth skinning and rigid skinning. Smooth skinning and rigid skinning are direct skinning methods. You can also use indirect skinning methods, which combine the use of lattice or wrap deformers with either smooth or rigid skinning.
Constraints
â€™â€™Constraintsâ€™â€™ enable you to constrain the position, orientation, or scale of an object to other objects. Further, with constraints you can impose specific limits on objects and automate animation processes.
Character Sets
In Maya, a character set is a node that brings together into a set all the attributes of any collection of objects that you want to animate together. The character set could be anything: a well-armed robot, an automobile, or even some seemingly unrelated collection of objects. Maya enables you to bring together all the attributes together in a character node, so you only have to select one node, the character node, when you want to animate all the various attributes.
Deformers
â€™â€™deformersâ€˜â€™ are high-level tools that you can use to manipulate (when modeling) or drive (when animating) the low-level components of a target geometry. In other software packages, the terms modifiers and space warps are used to refer to what Maya calls deformers. The following are the many types of deformers: Blend Shape deformer, Lattice deformer, Cluster deformer, Nonlinear deformers, Sculpt deformer, Soft Modification deformer, Jiggle deformer, Wire deformer, Wrinkle deformer, Wrap deformer, Point On Curve deformer.

Shading
Like most 3D programs, Maya includes a number of parameterized shading models to define an object's visual properties, including Lambert, Blinn, Phong, and anisotropic shaders. Depending on which shading model is used, the parameters affect attributes such as the surface's color, reflective properties, and transparency, with the goal of simulating the appearance of real-life materials such as metal, stone, wood, and skin. Shaders can also incorporate bump maps, which create the illusion of surface textures.
Toon Shading
Toon shading creates the look of 2D cel or cartoon animation using 3D modeling and animation software. Elements of the "toon" look include profile lines (outlines), border lines, crease lines, intersection lines, and solid color shading. Combined, these elements recreate the look of traditional animation's "ink and paint" technique, where ink refers to lines and paint refers to shading.
Lighting
In the real world, when light shines on a surface, the parts of the surface facing toward the light source appear illuminated, and the parts of the surface facing away from the light source appear dark. If one object is located between a second object and the light source, the first object casts a shadow onto the second object.
PaintEffects
A component of Maya used to paint brush strokes and particle effects on a 2D canvas or on or between 3D geometry. Paint Effects can be used as a traditional paint program to paint images on a canvas, to paint repeatable textures applied to 3D geometry in scenes, or to paint in 3D space
â€™â€™Paint Effectsâ€™â€™integrates 2D painting tools into a 3D rendering environment. Libraries include numerous trees, grasses, and plants which can be painted to 'grow' off the surface of an object.
mental ray
Native mental ray renderer.
RenderMan for Maya
In 2005, Pixar released its highly anticipated RenderMan for Maya renderer which incorporates the full RenderMan Pro Server features into a native Maya plugin. The workflow involves the use of Maya materials converted into RenderMan .slo which constitutes a low learning curve. 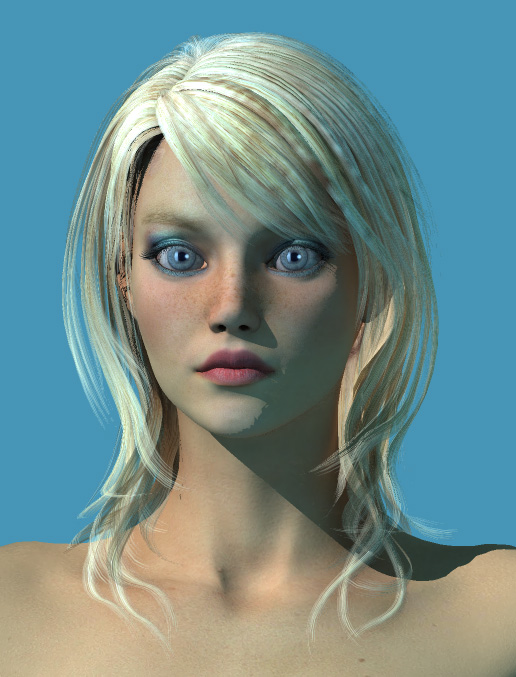