An igloo, translated sometimes as snowhouse, is a shelter constructed from blocks of snow, generally in the form of a dome. Although iglooit are usually associated with all Inuit, they were predominantly constructed by people of Canada's Central Arctic and Greenlands Thule area. Other Inuit people tended to use snow to insulate their houses which consisted of whalebone and hides. The use of snow is due to the fact that snow is an insulator (due to its low density). On the outside, temperatures may be as low as -45 °C (-49 °F), but on the inside the temperature may range from -7 °C (19 °F) to 16 °C (61 °F) when warmed by body heat alone. 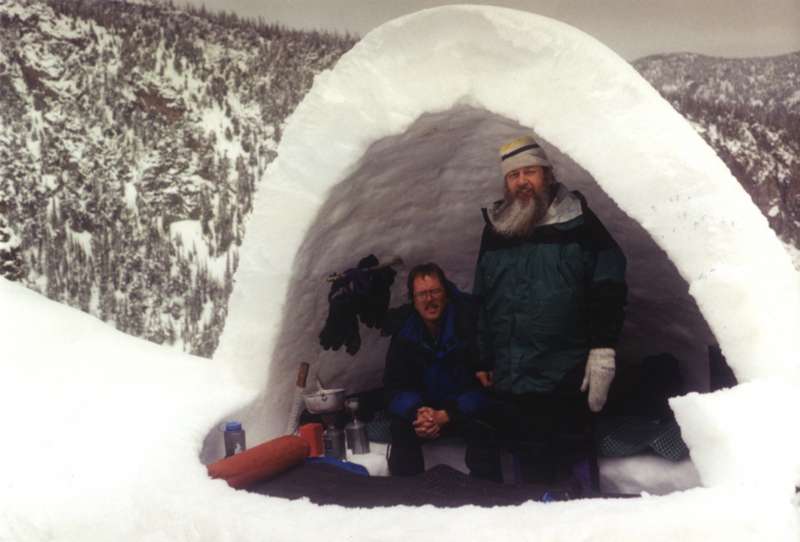 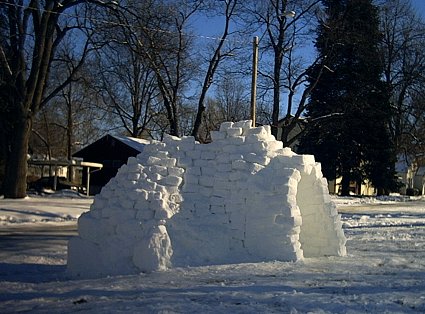