Long Island is an island in southeast New York, USA. It has an area of 3,567 square miles (10,377 km²) and a population of 7,448,618 as of the 2000 census, with the population estimated at 7,559,372 as of July 1, 2006, making it the largest island in the 48 contiguous U.S. states and the most populated in any U.S. state or territory. It is the 17th most populous island in the world, ahead of Ireland, Jamaica and the Japanese island of Hokkaidō. Its population density is 5,470 people per square mile (2,110 per km²). True to its name, the island is much longer than it is wide, jutting out some 118 miles (190 km) from New York Harbor, with only from 12 to 20 miles (32 km) between the southern Atlantic coast and Long Island Sound. The Native American name for Long Island is Paumanok, meaning "The Island that Pays Tribute" -more warlike tribes in the surrounding areas forced the relatively peaceful Long Islanders to give tributes and payment to avoid attacks.

The westernmost end of Long Island contains the New York City boroughs of Brooklyn (Kings County) and Queens (Queens County), and the central and eastern portions contain Nassau and Suffolk counties. However, colloquial usage of the term "Long Island" or "the Island" refers only to the suburban Nassau and Suffolk counties; the more urban Brooklyn and Queens are not always thought of as being part of Long Island, as they are politically part of New York City, though geographically they are on the island.

Nassau County tends to be the more urbanized and congested county, with pockets of rural affluence in the cliffs of the Gold Coast of the North Shore overlooking the Long Island Sound. Nassau County, owing to the vast suburbanization that occurred in America after World War II, was the fastest growing county in the United States from the 1950s to the 1970s. Suffolk County remains less congested despite substantial growth in high technology and light manufacturing sectors since 1990. Suffolk remains rural in the far east sections, such as The Hamptons and Greenport.

Long Island is known for its affluence and high quality of life. According to the 2000 Census, Nassau County is the second richest county per capita in New York State (behind New York County, which is coterminous with the New York City borough of Manhattan) and the fifth richest in the United States. Suffolk County is known for beach towns, including the world-renowned Hamptons, and for the most eastern part of the Island, Montauk Point, home of Montauk Lighthouse.

Long Island is also known for its strong middle class accenting a dedication to hard work, suburban homeownership, investment in schools and education and people who are strongly committed to family living and local community events. Many of these are second (or third) generation families who had originally come from Brooklyn and Queens, seeking the space and tranquility of the early suburbs. In particular, a strong Brooklyn orientation remains among many of these families. Long Island's Nassau County has the second highest property taxes in the United States. 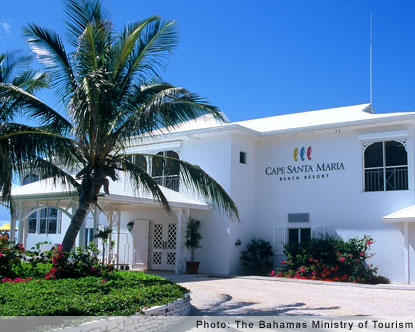