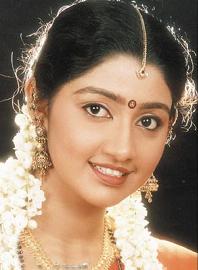 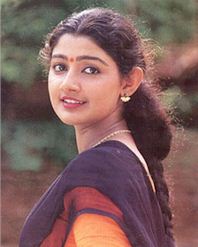 Divya Unni (born 1982) (Malayalam: ദിവ്യാ ഉണ്ണി) is a one-time Indian actress of Malayalam, Tamil, Kannada and Telugu films.  Her notable films are Pranayavarnangal and Bharathan's last movie Churam, in which she acted alongside Manoj K. Jayan.

Divya migrated to the after her marriage and a couple of television serials.  She performs Indian dance throughout the world, and is currently the artistic director of Sreepadam School of Arts in Houston, Texas. She is also currently one of the anchors of a television show called American Jalakam.She is a professional bharat natyam artisit

As a child, Divya got her first break in the film "Nee Ethra Dhanya" when she was a class II student. It was followed by "Pookalam Varavayi" directed by Kamal and "Oh Faby" by Srikuttan. She also did a TV serial directed by Vinayan.

Divya's first feature film was "Kalyana Sowgandhigam" -- one she did when she was in tenth standard.

As a trained classical dancer who has given many performances, she was given the Kalathilakam and Bhavans Jothi titles and numerous other artistic awards.