Jayasurya has acted in several films in Malayalam and Tamil. Jayasurya became popular among family audience as an anchor in musical programs in Malayalam Television. He did minor roles in films also. He got entry to the Malayalam film industry through the movie Oomapenninu Uriyaadapayyan, directed by Vinayan in 2002. The film launched two new comers Jayasurya and Indrajith. The films advertisements featured the young actors as replacement to reigning super stars Mammootty and Mohanlal. Jayasurya played the role of a deaf and mute young man falling in love with a rich but mute girl played by Kavya Madhavan. The film did fairly well in box office and was remade to other south Indian languages with Jayasurya in the lead role.

The years 2002 and 2003 were the age of new comers when the super stars seems to be fading. Though he acted in flops like Pranaya Mani Thooval and Kattu Chembakam, he was considered a promising talent for the coming years. In 2003, he acted in Swapnakkoodu along with Prithviraj and Kunchacko Boban. The film featuring Malayali students studying in Pondicherry became one of the rare campus hits in Malayalam. Also this started the long term pairing with Prithviraj. The duo went on to act in a number of films in the later years. Then came back to back mega hits Pulival Kalyanam and Chathikatha Chanthu directed by Shafi and Rafi-Mekartin respectively. It was very rare in Malayalam industry to have back to back hits for any one other than the super stars and it seemed Jayasurya is set to be the next big star. However as he later admitted, the success of the films worked more for the comedian Salim Kumar whose performance was awesome in both the films.

By 2005, super star movies came back to prominanace and very less opportunity was given to young actors. In 2006, Jayasurya and Kunchako Boban came together in Kilukkam Kilukilukkam, a sequel to the historic hit Kilukkam. Mohanlal also made a guest appearance in the film. Jayasurya also acted with Mammootty in Bus Conducter. In 2007, again he played considerably minor roles with Suresh Gopi in Smart City and Kichamani MBA. Then in the mega hit Class Mates, he enacted Satheesan Kanjikkuzhi, an aspiring student leader. The slightly negative character opposite Prithviraj helped to rebuild his image as a chocolate hero.

Again, he was cast as a villain in Lal Jose directed Arabikkatha opposite Sreenivasan which again was a hit. This followed the perfect villains in Hareendran Oru Nishkalankan and Kangaroo. He had a number of films in 2007-08 with a variety of roles. The soft lover with a comedy touch in Chocolate, the serious Police Officer in Positive, the humorous drama script writer in Shakspear MA Malayalam, the small time thief in Lollypop, the supporting role in Love in Singapore and the young politician in Balachandra Menon's forgettable film De Ingottu Nokkiye.

In 2009, Currency portrayed him in a completely new look and did reasonably well in box office. His latest release 'Ivar Vivahitharayal' is a big hit in theatres.

He has worked with notable actors of Indian cinema including megastar Mammootty, Mohanlal and Kamal Hassan. He has recorded a devotional song album at Vani Studio, Kochi. The album, entitled Krishnakavyam is produced by Goodluck Audios. 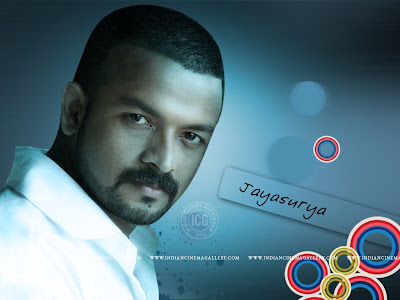