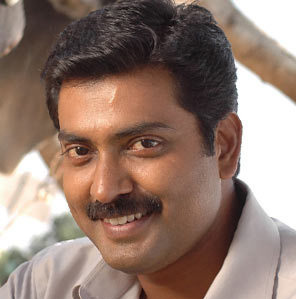 He was born on 7th October in . His parents had their dreams for him.But his passion was cinema and his ultimate passion, acting. His father believed that good technical education was an absolute passport to job security. So he decided to do a course in cinematography at the Adyar Film institute,and later joined with the leading ad film maker Rajiv Menon as his assistant.After two and a half years of love story he tied knot to his love, singer Manju Haridas on 26 August 2007 at Calicut.

After completing the course in cinematography at the Adyar Film institute, he came into the film industry as an assistant to Rajeev Menon, one of ’s noted film makers and cameramen. He worked with him for many advertisements and a film - Morning Raga. His first film, was NIZHALKUTHU by the veteran director Adoor Gopalakrishnan.First commercial film 4the people ,as an actor brought him recognition n fame.In this sensational blockbuster Narain's performance as the firebrand IPS officer, Rajan Mathew was well noticed.A struggling lawyer, Emmanuel John, in Achuvinte Amma and as touching doctor, Jeevan, in Sheelabathi. 4 The People was dubbed in Tamil and Telugu and Narain also did the Bengali version. He also played notable role in Annorikal.Classmates brought him close to peoples heart.His debut Tamil movie was Chithiram Pesuthadi, which was declared a blockbuster. Through Panthaya Kozhi, produced by director Lal, he has been re-launched as an independent action hero in Malayalam Film industry. His film Pallikoodam was highly performance oriented,he played a character of a collector Vertrivel.The film was directed by Thankar Bachan. His performance in the recently released film Anjaathe, directed by Mysskin, was critically acclaimed.

Narain (born Sunil Kumar) is an actor from south .