1SpaceCube
Priyadarshan
2SpaceCube
Priyadarshan is a popular Indian movie director. He hails from the state of Kerala, South India. He has directed numerous popular hit movies in Malayalam in the 1980s and 1990s. In Bollywood, he is known for making remakes of Malayalam films, not always his own, and seldom with attribution.
3SpaceCube
Priyadarshan aspired to be a cricketer. However his hopes of a career in cricket were cut short following an injury to his left eye by a cricket ball. Around the same period many of his friends from Thiruvananthapuram joined the film industry including actor Mohanlal, singer M. G. Sreekumar, producer Suresh Kumar are few among them. Priyadarshan's father was a librarian in Thiruvananthapuram. It was here that he got the opportunity to read literary works of famous writers. His fascination for comics and fairy tales still reflects in his movies. Priyadarshan ventured into film director by accident. His first movie Poochakkoru Mookkuthi in Malayalam was a block buster. His success is generally attributed to the new outlook, particularly slaptstick comedy which is extensively used in his films. Mohanlal has played the lead character in some most successful films directed by Priyadarshan. Their best work till date has been considered as Chithram (Malayalam, 1987). Their another movie Kilukkam was one of the biggest hits in the history of Malayalam movie.
4SpaceCube 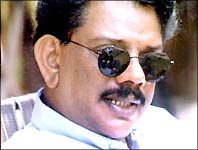 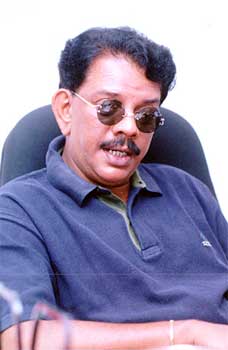 7SpaceCube
Apart from Malayalam films Priyadarshan has also directed Hindi, Tamil and Telugu movies. His foray into Bollywood was with the movie Muskurahat (1993) remake of malayalam film Kilukkam. This was a failure at the boxoffice and it went largely unnoticed. His first successful Hindi film was Gardish (1994). He made his second foray into Hindi films with the remake of the acclaimed Kamal Haasan starrer Thevar Magan (Tamil) in Hindi. The film was titled Virasat and was made with the help of writer Vinay Shukla. The success of the film established Priyadarshan as a sought after director in Bollywood along with the cast and crew of the film including Tabu, Ravi K Chandran (cinemotography) and Anu Malik (music). He later directed a string of remakes including Hera Pheri (2000) ( remake of "Ramji Rao Speaking"), Hungama (2003) (remake of Poochakkoru Mookkuthi), Hulchul (2004) (remake of Godfather), Garam Masala (2005) (remake of Boeing Boeing) and Chup Chup Ke (2006) (remake of Punjabi House). Priyadarshan has worked with banners like Sahara One, Percept Picture Company, Venus, K Sera Sera as a director. Priyadarshans movies are famous for their rich exotic visuals, songs and simple humour. One of his most visually appealing works was the award winning Thenmavin Kombath (Malayalam, 1994). As a director he has refined his technique of story telling over the years. This can be seen in Kilukkam (1991, Malayalam), Abhimanyu (1992, Malayalam) and Kaalapaani (1996). He often works with the technical team comprising of N. Gopalakrishnan (editor), S. Kumar (cinemotography) and Sabu Cyril (art director).
10SpaceCube