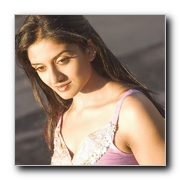 Her first Malayalam movie was Time with Suresh Gopi. Her first movie was Poi in Tamil.

She was the pair of Ajmal Ameer in Pranayakalam. She also acted with Megastar Mammooty in Nasrani & Dileep in Romeo.

Vimala raman is known to have attended natanalaya based in . She was taught dance under the strict tutelage of Jayalakshmi Kandiah.