World War I, also known as The First World War, The Great War and "The War To End All Wars," was a global military conflict which took place primarily in Europe between 1914 and 1918. More than nine million soldiers and civilians died. The conflict had a decisive impact on the history of the 20th century.

The Entente Powers, led by France, Russia, the United Kingdom, and later Italy (from 1915) and the United States (from 1917), defeated the Central Powers, led by the Austro-Hungarian, German, Bulgarian and Ottoman Empires. Russia withdrew from the war after the revolution in 1917. The fighting that took place along the Western Front occurred along a system of trenches, breastworks, and fortifications separated by an area known as no man's land. These fortifications streched 475 miles (more than 600 kilometres) and defined the war for many. On the Eastern Front, the vast eastern plains and limited rail network prevented a trench warfare stalemate, though the scale of the conflict was just as large as on the Western Front. The Middle Eastern Front and the Italian Front also saw heavy fighting, while hostilities also occurred at sea, and for the first time, in the air.

The war caused the disintegration of four empires: the Austro-Hungarian, German, Ottoman and Russian. Germany lost its colonial empire and states such as Czechoslovakia, Estonia, Finland, Latvia, Lithuania, Poland and Yugoslavia gained independence. The cost of waging the war set the stage for the breakup of the British Empire as well and left France devastated for more than a generation. World War I marked the end of the world order which had existed after the Napoleonic Wars, and was an important factor in the outbreak of World War II.

World War II (abbreviated WWII), or the Second World War, was a worldwide military conflict; the amalgamation of two separate conflicts, one beginning in Asia, 1937, as the Second Sino-Japanese War and the other beginning in Europe, 1939, with the invasion of Poland. It is regarded as the historical successor to World War I.

This global conflict split a majority of the world's nations into two opposing military alliances: the Allies and the Axis. Spanning much of the globe, World War II resulted in the deaths of over 60 million people, making it the deadliest conflict in human history. World War II was the most widespread war in history, and countries involved mobilized more than 100 million military personnel. Total war erased the distinction between civil and military resources and saw the complete activation of a nation's economic, industrial, and scientific capabilities for the purposes of the war effort; nearly two-thirds of those killed in the war were civilians. For example, nearly 11 million of the civilian casualties were victims of the Holocaust, which was largely conducted in Eastern Europe, and the Soviet Union. The conflict ended in an Allied victory. As a result, the United States and Soviet Union emerged as the world's two leading superpowers, setting the stage for the Cold War for the next 45 years. Self determination gave rise to decolonization/independence movements in Asia and Africa, while Europe itself began traveling the road leading to integration.

The Vietnam War, also known as the Second Indochina War, the American War in Vietnam and the Vietnam Conflict, occurred from 1959 to April 30, 1975 in Vietnam concluding with the North Vietnamese victory after more than 15 years and over 1.5 million people dead on both sides. The war was fought between the Democratic Republic of Vietnam (North Vietnam) and the United States-supported Republic of Vietnam (South Vietnam). The result of the war was defeat of the Southern and American forces, and unification of Vietnam under the communist government of the North.

The U.S. deployed large numbers of troops to South Vietnam between the end of the First Indochina War in 1954, and 1973. Some U.S. allies also contributed forces. U.S. military advisers first became involved in Vietnam in 1950, assisting French colonial forces. In 1956, these advisers assumed full responsibility for training the Army of the Republic of Vietnam. President John F. Kennedy increased America's troop numbers from 500 to 16,000. Large numbers of combat troops were dispatched by President Lyndon Johnson beginning in 1965. Almost all U.S. military personnel departed after the Paris Peace Accords of 1973. The last American troops left the country on April 30, 1975. At various stages the conflict involved clashes between small units patrolling the mountains and jungles, amphibious operations, guerrilla attacks on the villages and cities, and large-scale conventional battles. U.S. aircraft also conducted massive aerial bombing, targeting North Vietnam's cities, industries, and logistical networks. Cambodia and Laos were drawn into the conflict. Large quantities of chemical defoliants were sprayed from the air, in an effort to reduce the cover available to the enemy.

The Vietnam War concluded on 30 April 1975, with the Fall of Saigon.

The Iran-Iraq War, also known as the Iraqi Imposed War, Holy Defense and Iranian Revolutionary War in Iran, and Saddām's Qādisiyyah in Iraq, was a war between the armed forces of Iraq and Iran lasting from September 1980 to August 1988. It was commonly referred to as the Persian Gulf War until the Iraq-Kuwait conflict of (1990-91), and for a while thereafter as the First Persian Gulf War. The Iraq-Kuwait conflict, while originally known as the Second Persian Gulf War, later became known simply as the Persian Gulf War. Many have also considered it to be the Longest Conventional War of the 20th Century as there was a book written by historian Dilip Hiro with the same title, however this is strongly disputed among historians. It is also regarded in much of the West as one of the Forgotten Wars of the 20th Century.

The war began when Iraq invaded Iran on 22 September 1980 following a long history of border disputes and demands for the overthrow of Saddam Hussein's regime. Although the Iraqis attacked without formal warning, they failed to make progress and were soon repelled by the Iranians. Despite several calls for a ceasefire by the United Nations Security Council, hostilities continued until 20 August 1988; the last prisoners of war were exchanged in 2003. The war altered regional and even global politics. The war is also noted for being very similar to World War I. Tactics such as trench warfare, manned machine-gun posts, bayonet charges, use of barb-wire, human wave attacks and Iraq's extensive use of chemical weapons (such as mustard gas) against Iranian troops and civilians as well as Iraqi Kurds.

The Persian Gulf War (2 August 1990 - 28 February 1991) was a conflict between Iraq and a coalition force from 35 nations authorized by the United Nations (UN) and led primarily by the United States in order to liberate Kuwait. The war developed out of the Iraqi invasion of Kuwait on August 2, 1990. The aggression was met with immediate economic sanctions by the UN against Iraq. The international armed intervention began in January 1991 and resulted in a decisive victory for the coalition forces, which drove Iraqi forces out of Kuwait with minimal coalition deaths. Aerial and ground combat was confined to Iraq, Kuwait, and bordering areas of Saudi Arabia. Iraq also launched missiles against targets in Saudi Arabia and Israel. 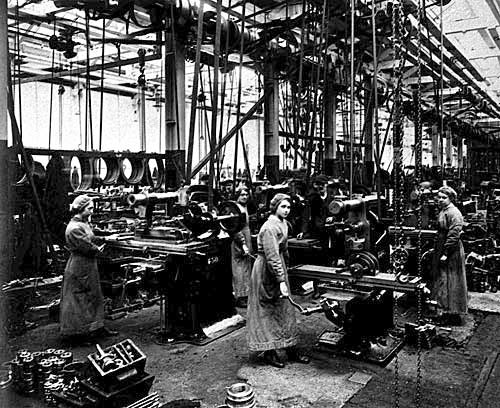