Kovalam is a beach town on the Arabian Sea in Kerala, a state in south India. It is located around 16 km outside Thiruvananthapuram (Trivandrum) City in the Thiruvananthapuram district. There are a large number of beach resorts in and around Kovalam. The sea port of Vizhinjam is about 3 km away and famous for its special varieties of fish, old Hindu temples, big churches and a mosque. The Proposed International Trans shipment Terminal at Vizhinjam is also close to Kovalam. Kovalam was among the most prominent tourist spots in India during the hippy era. It still has a high status among tourists, who arrive mostly from Europe and Israel. Kovalam is finding a new significance in the light of several Ayurvedic salons, and recuperation and regeneration resorts which provide a wide variety of Ayurvedic treatments for tourists.

There are three beaches at Kovalam, separated by outcrops jutting out to the sea. The larger one is called Light House Beach for its 30 odd metre high light house. The second largest one is Hawah Beach named thus for the topless European women who used to throng there. It was the first topless beach in India. Topfree bathing and parading is banned now except in private coves owned by resorts. Visitors frequent these two beaches. The northern part of the beach is known as Samudra Beach in tourism parlance. A large promontory separates this part from the southern side. Samudra Beach doesn't have tourists thronging there or hectic business. The local fishermen ply their trade on this part. The sands on the beaches in Kovalam are partially black in colour due to the presence of ilmenite and thorazite. The normal tourist season is from September to May. 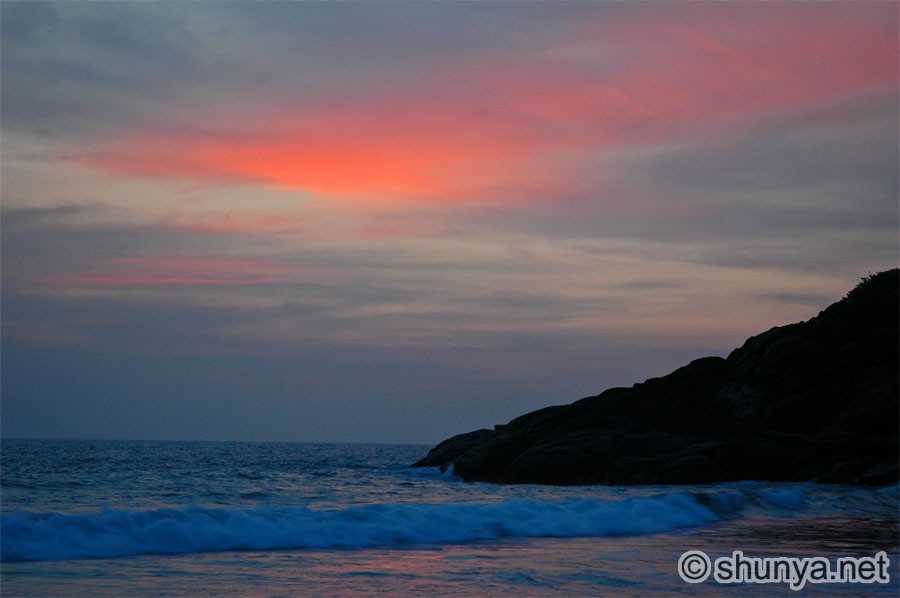