Ritu Beri is an Indian fashion designer. She is the first Asian designer to head the French fashion brand, Scherrer. She graduated from NIFT in the late 80's. Today she is known as the diva of Indian fashion. Ritu Beri stepped into the industry with the launch of her studio 'Lavanya'. Success was instant for her. Her collection became so famous that it was a complete sellout even in the International fashion capitals across the world. Ritu Beri is a rare combination of beauty with brains. She has provided oomph on the fashion circuit. Apart from creating designs Ritu has written a book 'How to Look your Best'. She also won an award for this.

She then launched another label 'Sanskrithi' which spoke about the Indian ethnic scene. Beri till date has designed uniforms for many corporate and institutional customers like Hotel Hyatt Regency, Delhi Police Band, Delhi mounted Police, Citizen Warden and Indian Olympic Association to name a few. Her uniform designs have been widely appreciated by the media, fashion gurus, critics and high profile personalities. She has also made clothes for Maneka Gandhi's welfare group People for Animals (PFA). She is the first Indian designer to present a collection in Paris. Her style and elegance is impeccable. Today her designs have become a highlight in Delhi, Mumbai, Bangalore, USA, London and Paris. Beri's ready-to-wear line is an impressive couture collection that had the French media raving about her. 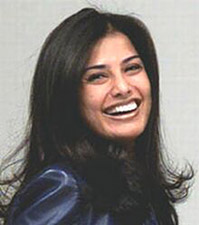