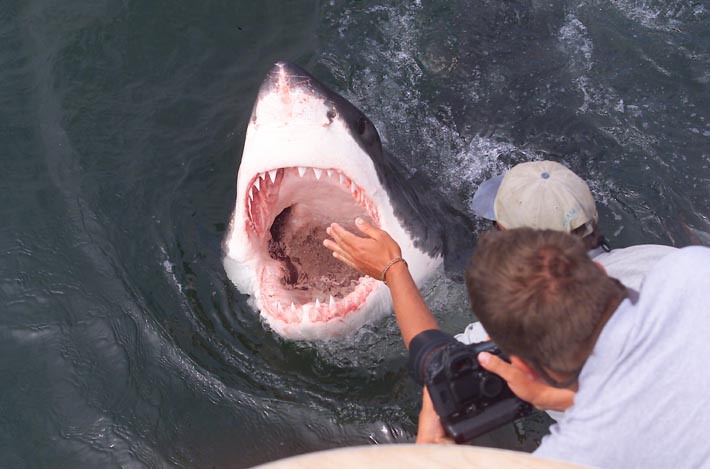 Jaws is a 1975 horrorâ€“thriller film directed by Steven Spielberg, based on Peter Benchley's best-selling novel of the same name, which was inspired in turn by the Jersey Shore Shark Attacks of 1916. In the film, the police chief of Amity Island, a summer resort town, tries to protect beachgoers from the predations of a huge great white shark by closing the beach, only to be overruled by the town council, who want the beaches to remain open to draw a profit from tourists. After several attacks, the police chief enlists the help of a marine biologist and a professional shark hunter to kill the shark. The film stars Roy Scheider as police chief Martin Brody, Richard Dreyfuss as marine biologist Matt Hooper, Robert Shaw as the shark hunter Quint, Lorraine Gary as Brody's wife Ellen Brody, and Murray Hamilton as Mayor Vaughn.