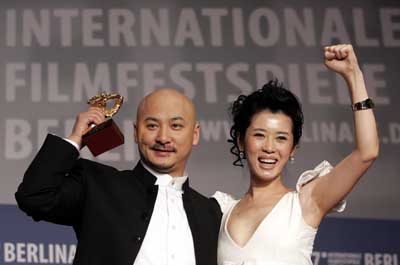 The Berlin International Film Festival, also called the "Berlinale (helpÂ·info)" (in reference to the Biennale at Venice), ranks alongside Venice and Cannes as Europe's leading film festival.[1] It is the film festival with most visitors (admissions) worldwide.[2] It is held annually in February (in 2007 from February 8 until February 18) and has been held since 1951. The jury places special emphasis on representing films from all over the world. The awards are called the Golden and Silver Bears (the Bear is the symbol of Berlin).