The film starts with a hockey match. Indian captain Kabir Khan (Shahrukh Khan) misses a penalty stroke in the final minutes of the match which causes the team to lose the game, the final of a tournament against arch rivals Pakistan. The Indian media make Kabir Khan the fall guy for the defeat. Kabir is humiliated and has to leave his ancestral home, unable to face the shame of being labelled a gaddaar (traitor).

Seven years later, Kabir returns with a proposal to coach the Indian women's hockey team for the Hockey World Cup. The Indian Hockey Federation members are skeptical since women's hockey in India has never achieved anything substantial. Kabir takes on the challenge and goes to the National Hockey Camp where he is introduced to the 16 young girls who play for their respective states. Kabir starts coaching them with a dream that the team will win the Hockey World Cup for India and he will finally be free of the demons of the past haunting him.

The team is riven by conflicts of region, class and ethnicity. Kabir inculcates in them a sense of team spirit and asks them to put the country first. The girls take time but manage to come together through a series of incidents. Some senior members of the team resent him but he finally gets through to them. The team rally and convince the Federation to send them for the World Cup to be held in Australia who also happen to be the defending champions.

In their first match, they are hammered by the Australians but slowly turn their game around and start winning matches. They keep improving during the course of the tournament and miraculously manage to reach the finals where they must face the defending champions once more. In the end it all comes down to a tense penalty shoot out, which the Indians win.

The players and Kabir are ecstatic at their victory and are welcomed back as heroes. More importantly, Kabir returns to his home after seven years where the residents greet him with love and affection.

Once the hero of Indian Hockey, the best centre forward in the world, the man a nation found a hero in. And the man it sentenced to hell.

Now he has decided to make a last comeback to the game he once loved, to reclaim his lost honour and prove his point to the nation he still loves.

By doing the impossible.
Making a rag-tag bunch of loser girls a team.
And the World Champions.
The only problem is – it is easier said than done.
3SpaceCube
The Girls

Preeti went to the best public schools, but on her way to the U.S. from there, took a sharp left towards the Punjab University and its hockey team for reasons best known to her. Chandigarh captain, she looks like a Princess and plays like the Terminator. The only one she is close to is her iPod. Would you then blame the rest of her mostly rural team-mates for calling her mem? She has a secret, but then, that's a secret.
4SpaceCube
Komal Chautala

The Rohtak Express, also known as chhokra in her village for her tomboyishness, and as chhipkali in the field for her devious dribbling. Born to tough Jats, she has just one regret -that she wasn't born a boy. But she's doing all she can to make up, including not using make-up. Ever.

Just married. And it already looks like she will have to divorce hockey. She knows this is probably her last tournament but can she give up hockey for marriage?
5SpaceCube
Balbir Kaur

Known as tataiya, bhootni, rakshas and ghatotkach on any given day depending upon what she has done lately, everybody in the team is terrified of her temper. Fearless, sometimes to the point of being brainless, she is the team's main hope against the giant Australian girls and the ruthless Argentinean zagalonas. Heart of gold, in a body of armour-plated steel.

Sexy Aliya should have been born in the swinging seventies. The world is a winery of boys and she is the taster-in-chief. And she takes her job very seriously. In her spare time she also plays hockey. Unfortunately, she is good at it and so year after year, team managers and coaches have tolerated her.

This Hyderabadi potti has seen it all, because she knows when to shut her eyes. Playing with seniors Bindia and Aliya has taught her only one thing there are more games off the field than on it. And a smart player knows how to stay out to stay in.
6SpaceCube
Rani Dispotta

Rani still remembers the time she moved from her jungle village to Ranchi Sports School. And that makes her an expert on how to handle the city-breds, or manhandle them if need be. She knows enough Hindi to offend anyone and enough English to defend herself, especially on the field.

From Jharkhand Grameen Adivasi Balika Kalyan Kendra Vidyalaya on the edge of Ghamorni jungle, straight New Delhi. Dicey Hindi and devious English confound her as much as hair-raising roads, blood-curdling cars and monstrous skyscrapers. Not to mention the other creatures around her who call themselves girls. But she knows what to do with a stick and a ball. That she knows.

The grounds-man's little daughter who grew up in stadiums among players and dreamt of being one herself. All she ever wanted to do was to make her dad proud and finally, she's an inch away from her dream...
7SpaceCube
Gul Iqbal

Hockey legend Mohammad Iqbal's grand-daughter. Her family's history is Indian Hockey's history. And nobody ever lets her forget that. Whether she wants it or not.

The talented hockey duo from the North East. Their school books taught them that they are Indians but Indians taught them otherwise. The only reason they play for the National team is that it is the only National team they can play for. They would love to belong but not to the team that calls them 'foreign', and definitely not to the people that call them 'loose'. So they stick together and play. For the love of the game and the honour of their people.
8SpaceCube 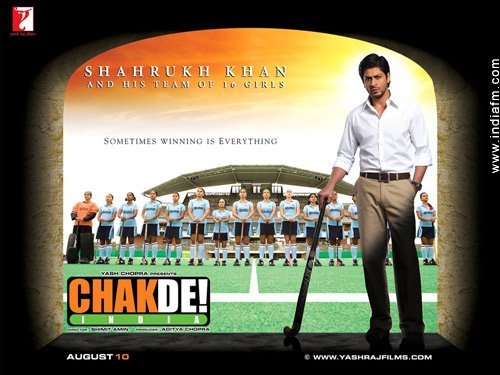 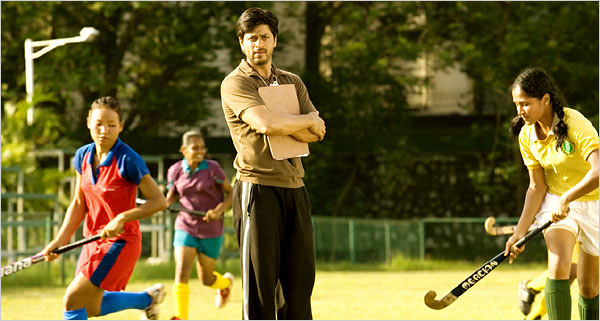