Bernini - A self portrait

Bernini - A self portrait
2SpaceCube 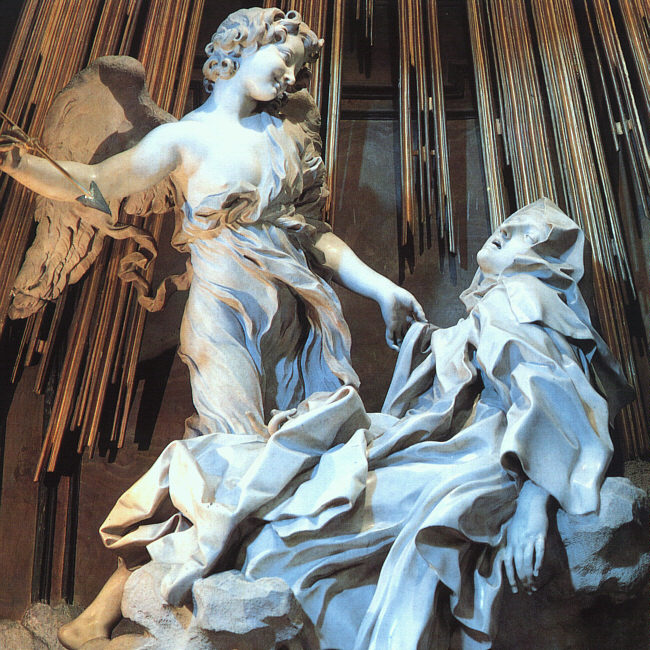 3 views of David - A revolutionary sculpture by Bernini

Bernini was a sculptor, painter and architect and a formative influence as an outstanding exponent of the Italian Baroque. He was an exceptional portrait artist and owes to his father his accomplished techniques in the handling of marble and also an impressive list of patrons that included the Borghese and the Barbarini families. Bernini originally worked in the Late Mannerist tradition but rejected the contrived tendencies of this style. By 1624 he had adopted an expression that was passionate and full of emotional and psychological energy. His figures are caught in a transient moment from a single viewpoint, bursting into the spectator's space. In 1644 such interpretation reaches maturity in his rendition of the vision and Ecstasy of Saint Teresa. The Spanish nun swoons in heavenly rapture at the point of an angel's arrow. The work is a prime example of Bernini's vision of a decorative whole combining different materials and colours within an architectural space. A succession of powerful patrons in Rome and in Paris assured his reputation as an entrepreneurial artist who captured the spirit of the Counter-Reformation. His extreme and intense characterizations have fallen in and out of favor but his Baroque legacy remains intact."

- From "The A-Z of Art: The World's Greatest and Most Popular Artists and Their Works", by Nicola Hodge and Libby Anson