Deer is a plant eating animal (herbivores) and highest concentration of large deer species in the tropics occurs in Southern Asia and Southeast Asia in the Countries of India, Nepal, and at one time, Thailand. Depending on their species, male deer are called stags, harts, bucks or bulls, and females are called hinds, does or cows. There are different species of deer such as spotted deer, white tailed deer, Sambar deer, and many others. Young deer are called fawns or calves. A group of deer is commonly called a herd.

Dog is a pet animal and one of the most widely kept working and companion animals in the human history. The dog is also the first animal from Earth to enter into space and fly into orbit. The dog has developed into hundreds of varied breeds in different colours and heights. Young ones of dogs are called puppies. 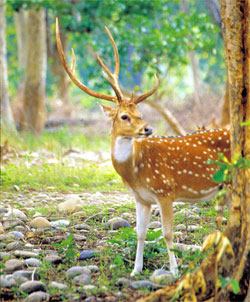 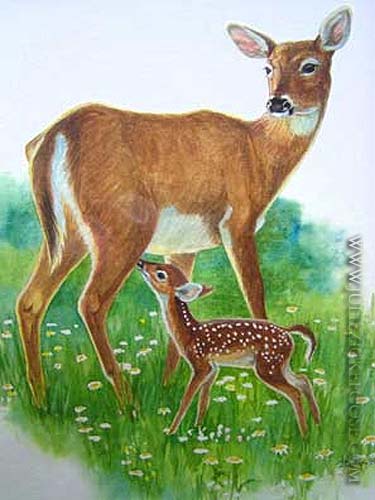