Drew Allison Carey (born May 23, 1958) is an American actor and comedian recognizable by his crew cut and black-rimmed glasses.

After making a name for himself in stand-up comedy, Carey eventually gained popularity starring on his own self-titled sitcom, The Drew Carey Show, and serving as host on the U.S. version of Whose Line Is It Anyway? On Monday July 23, 2007, Carey announced on the Late Show With David Letterman that he would be the new host of The Price Is Right. 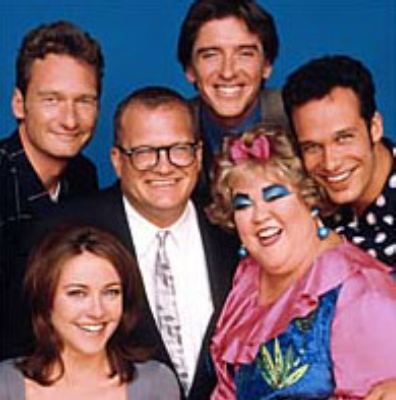