Ingmar Bergman was a Swedish movie and theatre director, playwright, screenwriter. He found bleakness and despair as well as comedy and hopes in his indelible explorations of the human condition. He is regarded as one of the most important masters of modern cinema.

He directed 62 films, most of which he wrote, and directed over 170 plays. Some of his internationally known favorite actors were Liv Ullmann and Max von Sydow. Most of his films were set in the landscape of his native Sweden. The themes were often bleak, dealing with illness and insanity.

Ingmar Bergman's mature cinema provokes the viewer into an intimate engagement in which a range of uncomfortable feelings are opened up, shared and laid bare. And this often occurs, quite literally, face-to-face. The relentless close-up of the face is a useful formal and thematic key to Bergman's work.

Although Bergman was widely known as a film director, he also became one of the foreground figures of the modern Swedish theatre. Bergman's artistic career included stage performances, radio productions, feature films, and TV productions. Recurrent themes in Bergman's films are men's and women's inability to communicate with each other, metaphysical questions of guilt and the existence of God, and the emotional cruelty of human beings.

Bergman was active for more than 60 years, but his career was seriously threatened in 1976 when he suspended a number of pending productions, closed his studios, and went into self-imposed exile in Germany for eight years following a botched criminal investigation for alleged income tax evasion. 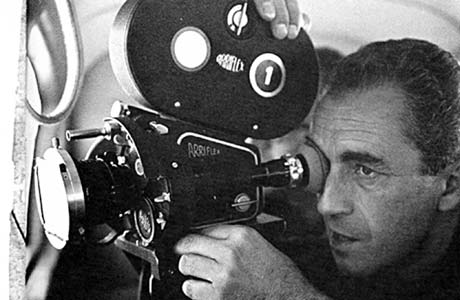