Sunita Williams (born September 19, 1965 in Euclid, Ohio) is a United States Naval officer and a NASA astronaut. She was assigned to the International Space Station as a member of Expedition 14 and then joined Expedition 15. Williams is the second woman of Indian heritage to have been selected by NASA for a space mission after Kalpana Chawla and the second astronaut of Slovenian heritage after Ronald M. Sega. She holds three records for female space travelers: longest spaceflight (195 days), number of space walks (four), and total time spent on spacewalks (29 hours and 17 minutes). 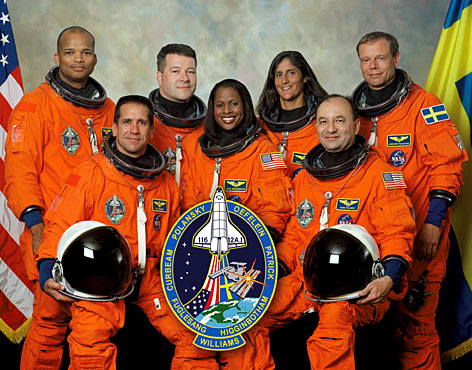 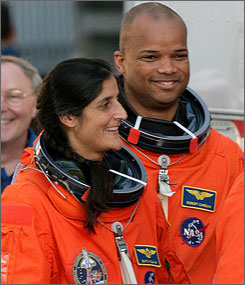 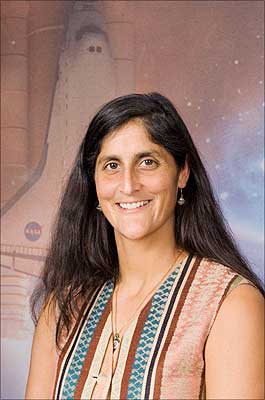