When he was 7 years old he made a very brief appearance in the 1977 movie Dharam Veer where he played the younger version of his father's character.

He made his debut as a leading man in Rajkumar Santoshi's Barsaat, for which he won a Filmfare Best Debut Award. The movie was a hit, and established his career in the industry.[1] This was followed by the murder mystery Gupt: The Hidden Truth. The film was went on to become the fifth highest grossing movie of that year and was critically acclaimed. His following film Aur Pyaar Ho Gaya did not do well.[2]

In 1998, Deol starred in two films: Kareeb and Soldier. The latter was a huge hit and Deol received much acclaim for his role as a mysterious killer 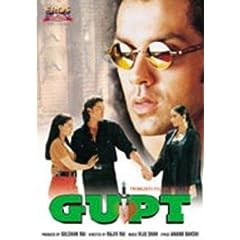