Meena Durairaj (Tamil : மீனா) is one of the most successful actresses in South Indian cinema. Meena was born on September 16, 1974, in Chennai, India. Her mother Raja Mallika who is a politician belonging to Congress Party is also a former actress. Meena's mother tongue is Malayalam

Meena started her career as a child artist in Telugu films and Tamil films. She acted with Rajinikanth and Kamal Haasan, and later became a star in her own right. She had hits with Muthu, Ejaman, Veera and Avvai Shanmughi. Following the release of her movies with Rajinikanth in Japan and their commercial success, Meena's popularity also rose in Japan. She has acted in almost all the south Indian languages like Tamil, Telugu, Malayalam, Kannada etc and opposite almost all the leading actors in these languages. Her first film as a child artist was 'Nenjangal' with Sivaji Ganesan. She was in the film industry as the top heroine in Telugu and Tamil for almost one and a half decades successfully from the early 1990s. She often portrayed characters with unidimensional personality with no negativity and shades of grey. She was also known to be limited as a glamorous actress though she acted in a few glamourous roles like Maaman magal in Tamil opposite Sathyaraj and Muta Mestri in Telugu opposite Chiranjeevi. She has also acted in Malayalam movies. In the Kannada remake of Autograph, she played Sneha's role of Divya. She is currently starring as the lead in the Sun TV serial Lakshmi.

She has also acted in Malayalam movies. In the Kannada remake of Autograph, she played Sneha's role of Divya.

As of 2007, She is currently starring as the lead in the Sun TV Serial "Lakshmi". Lakshmi is a wonderful ongoing serial still running which began in 2006.

She did her schooling till xth std from JRK and Vidyodaya schools in Chennai, she got her MA (Geography)degree from University of Madras through open university system. Currently she is acting in one tamil serial.

Her close friends are actresses Maheswari and Roja. Roja and Meena, in their younger age, resembled each other so much. Infact Meena has acted as Roja's younger sister atleast in 5 or 6 movies in Telugu. 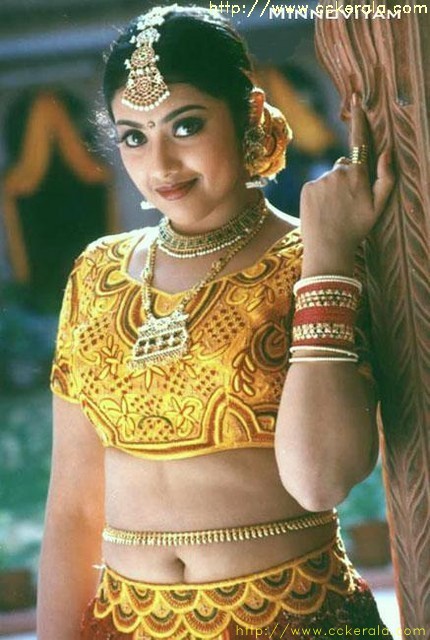