Sreenivasan was born in the small village of Patyam, to the east of Thalassery in northern Kerala in April 4, 1951. His father Unni was a school teacher and a communist. His mother is Lakshmi. He completed his formal education in Government High School, Kathiroor and Pazhassi Raja N.S.S. College. He did a diploma in film acting from the Adayar Film Institute, Madras in 1977.

Sreenivasan entered the film industry in the 1977 P. A. Backer movie Manimuzhakkam after finishing a course in acting from the Adayar film institute. In the film institute he was coached by the then vice principal A.Prabhakaran and later gave him a role in his movie Mela. A few movie roles later, he wrote his first film Oodarathuammava Aalariyam in 1984. His most famous movies as actor-writer include Gandhinagar 2nd Street, Nadodikkattu and its two sequels, Vadakku Nokki Yanthram, Chinthavishtayaya Shyamala, Chithram and the 2005 blockbuster Udayananu Tharam.

Much of Sreenivasan's movies depict problems affecting Kerala society, although these are portrayed in a comical manner. Some of these include Nadodikkattu, Sandesham, Vellanakaludey Naadu, and Varavelpu. Mostly satirical in nature, his acrimonious and humorous lines are directed against matters as diverse as Police Brutality, Pulp Magazines and unproductive Labour Unions. Excellent characterization, witty (often deadpan) dialogues and self-deprecating humour are trademarks of Sreenivasan movies. His writing very often pokes fun at himself, mostly at his own unglamourous appearances, and have become commonplace in scenes with costar Mohanlal. Some of his popular movies such as Vadakku Nokki Yanthram and Chinthavishtayaya Shyamala are fine depictions of human character which elicited critical and public applause. His slapstick comedies earned lesser popularity, although some of them such as Aram + Aram = Kinnaram and chitram have been successes commercially.

Although film award committess in Kerala frequently came under his spit of criticism for the jury's favouritism and incompetence, Sreenivasan won several Kerala State Film Awards. 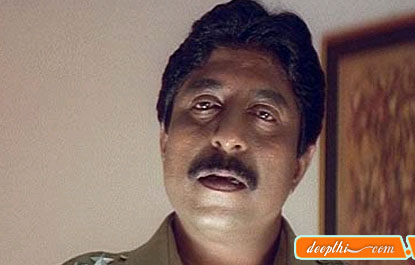