The splendid beginning: Chris Cairns and Hamish Marshall pose in their retro 80's uniforms. The neighboring countries of Australia and New Zealand participated in the first ever Twenty20 International match on February 17, 2005 in Auckland, New Zealand.Twenty20 is the newest form of cricket in which each team bats for a maximum of only 20 overs a side, with each innings lasting for 80 minutes. Twenty20 cricket was first introduced at county level by the England and Wales Cricket Board in 2003 and such was the success of this format of the sport, the game quickly spread around the world with the first full men's Twenty20 international taking place in February 2005 between New Zealand and Australia. The ICC Board agreed to the inclusion of an ICC World Twenty20 competition at a meeting in April 2006. It was agreed that the inaugural event would take place in South Africa in September 2007, with the second event scheduled for England and Wales during the ICC's Centenary Year in 2009. The remaining period up to 2015 will be taken up either by one or two further ICC World Twenty20 competition, depending on the success of those first two events.

2SpaceCube
How teams qualified Earning the stripes: Kenya captain Steve Tikolo and teammates celebrate after defeating Scotland in the ICC World Cricket League Division 1 final. The ten full Members of the ICC are taking part in the event after accepting invitations to do so, but Kenya and Scotland, who are Associate members of the ICC, had a much tougher route to South Africa. The two Associate countries qualified on the back of reaching the final of the ICC World Cricket League Division 1 - a six-team competition between Bermuda, Canada, Ireland, Kenya, the Netherlands and Scotland - in Nairobi in January and February 2007.
3SpaceCube
Twenty20 is a form of cricket, originally introduced in the United Kingdom for professional inter-county competition by the England and Wales Cricket Board (ECB), in 2003. Both teams have a single innings and bat for a maximum of 20 overs. A Twenty20 game is completed in about three hours, with each innings lasting around 75 minutes, thus bringing the game closer to the timespan of other popular team sports such as football. It was introduced to create a lively form of the game which would be attractive to spectators at the ground and viewers on television and as such has been very successful. The ECB did not intend that Twenty20 would replace other forms of the county game and these have continued alongside it. The game has spread around the cricket world (although in India so far only to a minor extent) and there have also been some Twenty20 internationals, with all Test-playing nations having played at least one game. The inaugural Twenty20 World Championship will be contested in South Africa in 2007.
4SpaceCube
The Laws of cricket apply to Twenty20 with some exceptions: Should a bowler deliver a no ball by overstepping the popping crease, it costs 2 runs and his next delivery is designated a free-hit, from which the batsman can only be dismissed through a run out, for hitting the ball twice, obstructing the field or handling the ball, as is the case for the original "no ball". Bowlers may bowl a maximum of only 4 overs per innings. Umpires may award 5-run penalty runs at their discretion if they believe either team is wasting time. If the fielding team do not start to bowl their 20th over within 75 minutes, the batting side is credited an extra 6 runs for every whole over bowled after the 75 minute mark; the umpire may add more time to this, if he considers the batting team is wasting time.
5SpaceCube

The nations are listed below with the date of each nation's Twenty20 International debut shown in brackets. 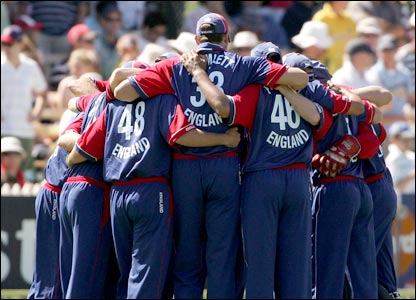 23SpaceCube
Starting July 11, 2006, 19 West Indies regional teams competed in what was named the Stanford 20/20 tournament. The event has been financially backed by billionaire Allen Stanford, who gave at least US$28,000,000 funding money. West Indies legends also backed the programme, and several "looked after" the teams during their stay in and around the purpose built ground in Antigua. It is intended that the tournament will be an annual event. Guyana won the inaugural event, defeating Trinidad and Tobago by 5 wickets. The top prize for the winning team was US$1,000,000, but other prizes were given throughout the tournament, such as play of the match (US$10,000) and man of the match (US$25,000). On January 5, 2007, Queensland Bulls played the New South Wales Blues at The Gabba, Brisbane. A crowd of 11,000 was expected based on pre-match ticket sales.
6SpaceCube
Twenty20 has proved very popular with the public. On July 15, 2004, Middlesex vs. Surrey (the first Twenty20 game to be held at Lord's) attracted a crowd of 26,500, the largest attendance for any county cricket game other than a one-day final since 1953. On January 12, 2005, Australia's first Twenty20 game was played at the WACA ground between the Western Warriors and the Victorian Bushrangers. It drew a sellout crowd of 20,700.
24SpaceCube
On February 17, 2005, Australia defeated New Zealand in the first men's full international Twenty20 match, played at Eden Park in Auckland. The game was played in a light-hearted manner - both sides turned out in kit similar to that worn in the 1980s, the New Zealand team's a direct copy of that worn by the Beige Brigade. Some of the players also sported moustaches/beards and hair styles popular in the 1980s taking part in a competition amongst themselves for best retro look, at the request of the Beige Brigade. Australia won the game comprehensively, and as the result became obvious towards the end of the NZ innings, the players and umpires took things less seriously - Glenn McGrath jokingly replayed the Trevor Chappell underarm incident from a 1981 ODI between the two sides, and Billy Bowden showed him a mock red card (red cards are not normally used in cricket) in response.
25SpaceCube

With Twenty20 still in its infancy, statistics are of limited interest. There is an unofficial ranking of all domestic teams around the world, known as the Bartercard Power Rankings. The ratings are said to be based on factors including runs scored, totals chased the loss of wickets and margins of victory, though no details of the calculations are in the public domain. The whole area of statistics and rankings is likely to move forward rapidly with the increased exposure expected from the World Championship in September 2007.

26SpaceCube
Another set of rankings available is one released by the popular cricket website www.holdingwilley.com. While these rankings aren't official either, they rate the performances of both, International Twenty20 teams and players. For the players, there are two sets of rankings, one based on their performances in domestic Twenty20 cricket, and the other based on their performances in the international circuit. Although, again, no details are available, the ranking pages provide a guide to how the teams and players are evaluated and the parameters involved.
7SpaceCube
The following fielding restrictions apply: No more than 5 fielders can be on the leg side at any time. During the first 6 overs, a maximum of 2 fielders can be outside the 30-yard circle. After the first 6 overs, a maximum of 5 fielders can be outside the fielding circle. If the match ends with the scores tied and there must be a winner, the tie is broken with a bowl-out (similar to a penalty shoot-out in football), with 5 bowlers from each side delivering 2 balls each at an unguarded wicket. If the number of wickets is equal after the first 10 balls per side, the bowling continues and is decided by sudden death.
27SpaceCube
The round-robin event, which also served as a vital final preparation for the ICC Cricket World Cup, saw the top two teams qualify for a final, where Kenya defeated Scotland by eight wickets, and that has earned both teams, in common with the ten ICC Full Members, a $ US 250,000 as a participation fee for the tournament. The Division 1 event in Kenya is the summit of five global divisions in the ICC World Cricket League, which sits on top of a regional tournament structure that opens the qualifying pathway to the ICC Cricket World Cup to almost all ICC Members. The ICC World Cricket League Division 3 took place in Darwin, Australia in May 2007, with Division 2 scheduled for Windhoek, Namibia in November 2007, building up to an ICC Cricket World Cup qualifying event in 2009.
28SpaceCube
These broadly include strike rate, average and frequency of 50+ innings for the batsmen, and economy rate, average and number of wickets taken for the bowlers, each factor assigned weightages according to their importance in the 20 over format. A key factor these rankings involve is the value added by the player to his team's overall performance, which is done by relating his individual stats in a parameter to his team's stats in the corresponding parameter.